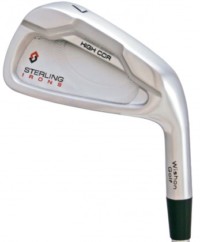 Jaacob Bowden has been playing and selling single length iron sets since 2007. As such, he understood and experienced the benefits of the single length concept (he shot his first tournament round in the 60s with single length irons). He found that they are inherently easier to play. One single length iron meant one single swing for each club. You end up gaining a ton of consistency, hitting the ball closer to the target, and shooting lower scores.

However, Jaacob also knew there were a variety of historic problems within the single length market. Some of the primary issues were that not all the manufacturers had USGA-conforming grooves and there were limited custom fitting options. Distance gaps sometimes bunched, and there were trajectory problems with all the manufacturers in that the low-lofted clubs flew too low and high-lofted clubs flew too high

In October 2013, Jaacob went to Durango, Colorado to visit his friend Tom Wishon. Tom is a 40-year plus veteran of the golf equipment industry specializing in club head design, shaft performance analysis, and club fitting research and development. Jaacob asked Tom if they could come up with a cool-looking single length iron design that would retain all the inherent benefits of single length sets while solving all the problems.

After 2 years and 6 months of research, human and robot testing, and development, the result of their hard work is Sterling Irons®.

no images were found