Congratulations To Bryson DeChambeau and his come from behind Victory

We offer Single Length Irons in both Right and Left Hand!

The allure of single-length shafts is simple. Instead of the various setups, motions and ball positions demanded throughout an iron set, single-length clubs require one swing. In theory, the same movements promote consistency, and help focus — perhaps compact — practice time. As Golf Digest’s Mike Stachura pointed out, we all have a favorite iron in our set. The belief of single-length advocates is, why not have every club be built to that length?

In summary, single-length clubs are supposed to make the game easier.

“From a physics standpoint, it’s not flawed,” said one of the members in our academic panel. Added another: “We don’t often see the marketing and science line up. This could be one of the rare cases.”

To a person, the academics were amazed how easy the clubs were to hit. Quite the statement, given they have played standard sets their entire lives.

Here’s what to expect!

Please call before visiting us as we are often off site. 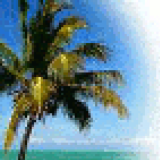